I was searching for some commentary on Wisdom as its presented as a feminine personification in the Wisdom literature of the Old Testament this evening, and I ran across this article by Irene Nowell, OSB. After reading it, I felt compelled to write her. I would like to share what I wrote her because commentary on this subject actually is actually quite sparse online.

I have been studying the passages on the feminine personification of wisdom - or "Woman Wisdom" - in the OT Wisdom literature and ran across your article. I thought it contained good scholarship, as when you elaborate on the Hebrew meaning of certain words to clarify the text. But have issue with the claim toward which you built in the article that the Word and Wisdom are one and the same.

I have also noted the similarities in literary device between the OT hymns about Wisdom. But I do not think such similarities point to the Word and Wisdom being the same being.

First of all, as John points out, the Word was God (1:1). Wisdom, wee see, is but a "reflection" of eternal light, a "mirror" of the working of God, and an "image" of his goodness (Wis 26:7). She did come forth from the mouth of God (Sir 24:3), but so did the spirit of life of people (Gen 2:7), and a distinction needs to be made as to whether or not this makes her the Word, who is God. Wisdom is not God, but an attribute of God: "A breath of the POWER of God, and A pure EMANATION of THE GLORY OF the Almighty" (Wis 7:25), as contrasted to THE Word. As an attribute of God, Wisdom is "eternal" (Sir 24:18), as every characteristic of God has existed in and with him eternally, but to say that she is God herself, as is the Word, betrays the vast majority of what is written of about her in the three OT passages in which she is personified. She is presented primarily as a virtue given by God (Wis 8:21) by which people are able to use right judgment and govern well (Ps 9:12) or to protect (Wis 10:1), rescue (Wis 10:6), and prosper (Wis 11:1) the works of God's people. That Wisdom primarily serves the particular function of the fostering of right judgment is highlighted by her contrast to "the reasoning of mortals" which "is worthless" and to "our designs" which "are likely to fail" (Wis 9:14). Wisdoms serves to help us use worthy reasoning and form successful designs. (To say that kings "king" by her and princes "prince" by her fits well into meaning that they are guided by Wisdom specifically in the function of judging rightly or governing.) The Word, on the other hand, encompasses much more than the function of a specific virtue, but in whom is "life" itself (Jn 1:4).

It is true that "he who finds" Wisdom "finds life and obtains favor from the Lord" (Prov 8:35) in a manner similar to how "life" (Jn 1:4) is in the Word "from whose fulness we have all received grace upon grace" (Jn 1:16). The life one finds with Wisdom, if we are to analyze its meaning within context in which it is mentioned, has to do with being "happy" as a result of keeping her ways, listening to her, "watching at" her "gates", and "waiting" beside her gates (Prov 8:32-34). This life as a happiness is given as a result of searching for her. The life as children of God given as a result of believing in the Word's name (Jn 1:12), is a life in which we become a totally new being, so much so that John notes we are born of God, in a new birth contrasted to being born of the flesh or by man's willing it (1:13). Given the elevated essence of this new birth, it not only entails the coming into being which the other kinds of birth (1:13) entail, but much more. The "life", "grace and truth" which come through the Word denote our becoming an entirely new creation in the life of God - BECOMING children of God (1:12). The happiness one gains by listening to Wisdom is indeed a benefit, but it refers to a condition of temporal life which results from internalizing the "prudence" in which she dwells and the "knowledge and discretion" she finds (Prov 8:12). The type of life one thereby gains, however, I do not think can be put on the same level as the life one finds in the Word.

The life effected by the Word brings about a whole new creation, affecting what we ARE. The life effected by Wisdom affects what we DO, THINK, or how we FEEL. What we are is more than what we do or think, or how we feel. This comparison is congruous to the fact that the Word is God, and Wisdom is an attribute of God, by which he inspires particular aspects of our life, but does not effect our very existence itself.

The different types of life given by Wisdom and the Word align also with the types of roles they have in creation. Though we may identify similarities in imagery between the passage from John and those referring to Wisdom, the essence of either role the Word or Wisdom plays is quite different. From the passage in John we first of all we see that the Word is God himself, and as such would play a role as Creator. As for his role as the one who was "with God" (1:1) and the "only Son from the Father" (1:14) we also see the intrinsic role as one "without [whom] was not anything made that was made" (1:3). The role of Wisdom in creation as it appears in Proverbs does not have this intrinsic quality to it, whereby she would be an absolute necessity in accomplishing the act of creation, as does that of the Word. She appears more as "an initiate into the knowledge of God, and an associate in his works" (Wis 8:4) as she is "beside him, like a master workman" (Prov 8:30), "rejoicing before him always, rejoicing in his inhabited world and delighting in the sons of men" (Prov 8:30-31). Whereas Christ functions with an intrinsic role in the act of creation, Wisdom functions to enhance what's already created, figuratively affirming God that what he has made is very good (cf. Gn 1:31).

I think it would also be safe, sticking with the gospel of John, to also compare Wisdom to the Word's identity as Jesus Christ. John reveals the Word made flesh's identity as Christ within the very passage referring to the Word (Jn 1:17). One contrast between Christ and Wisdom which should highlight the unlikelihood of their being the same being is when Christ uses words which, like the passage in the beginning of John, bear close resemblance to the language and style of the passages referring to Wisdom, but in which Christ identifies himself in a way opposite to how Wisdom is identified.

I refer to the passage in which Wisdom says of herself, "Those who eat me will hunger for more, and those who drink me thirst for more" (Sir 24:21). I am sure you are familiar with "'Every one who drinks of this water will thirst again'" (Jn 4:13). The water of which Christ speaks most certainly seems to bear close identity with Wisdom. Yet Christ continues, "'But whoever drinks of the water that I shall give will never thirst'" (Jn 4:13) The contrast here between Wisdom and Christ may be taken further by considering that the hunger and thirst for Wisdom refers to that acquired by those who "eat" their "fill of" her "prudence" (Sir 24:19) and Christ's water refers to his Spirit (Jn 7:39). Again, this becomes a matter of comparing an attribute of God or, in this case, a virtue which comes from him, to God himself.

We may also note Christ's words which use similar style and structure, but by which a contrast between his and Wisdom's identities, based on the differing types of hunger and thirst they evoke in people, are drawn: "He who comes to me shall not hunger, and he who believes in me shall never thirst" (Jn 6:35).

Another such comparison using similar linguistic tone and style can also be made by noting Wisdom's words, "Come eat of my bread and drink the wine I have mixed. Leave simpleness and walk in the way of insight" (Prov 9:5). One may be tempted to use this verse to imply Eucharistic tones and further identify Wisdom's words with those of Christ's. Remaining with John and referring back to the words of Wisdom I used prior, such a comparison reveals a greater contrast: "This is the bread which came down from heaven, not such as the fathers ate and died [as would those who "hunger for more"]; he who eats this bread will live forever" (Jn 6:58).

If we are to say the similarities between the language of the passages referring to Wisdom and those referring to the Word bear significance, these should all the more. For if Christ's words find some stylistic origin in Wisdom's, then it should be noted that the use of the same style implies an intent to directly juxtapose the two instances within one mold the single style provides. Such a juxtaposition would indicate a direct contrast between Christ and Wisdom - that Christ's words in effect take what was said of Wisdom and turns it on its head in respect to how he and she are identified.

Now, one may say there are differences between Wisdom (or, may I say, "Sophia") and the Word or Christ, but that in essence they may still be two sides of the same coin, two gender-specific manifestations of the same divine being. However, such a contrast between Christ or the Word and Wisdom, or between God and an attribute of God, point to essential distinctions in the very essence of being. There is an infinite difference between God and the habits or virtues we form in response to his grace, or between our total transformation into a new creation and our learning to use better judgment. Yet, taking the relevant passages from Scripture as a whole, such distinctions are revealed between the Word and Wisdom.

Thanks for reading this whole response if you did. I have been studying Wisdom for some time and have honestly attempted pairing her up to Christ as is done so often today and in effect have come to a conclusion essentially drawn out by this message.

May God bless you and I hope you have a Happy New Year,

Thank you, Richard. I appreciate your work on this topic. I think it is very important. I know there are varying opinions on the relationship between Wisdom and Christ and I am glad to have your research on it as well.

Peace,
Irene
Posted by Richard at 2:00 AM

"Thank you, Richard. I appreciate your work on this topic. I think it
is very important. I know there are varying opinions on the
relationship between Wisdom and Christ and I am glad to have your
research on it as well. 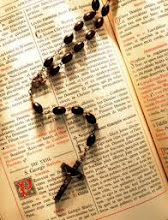